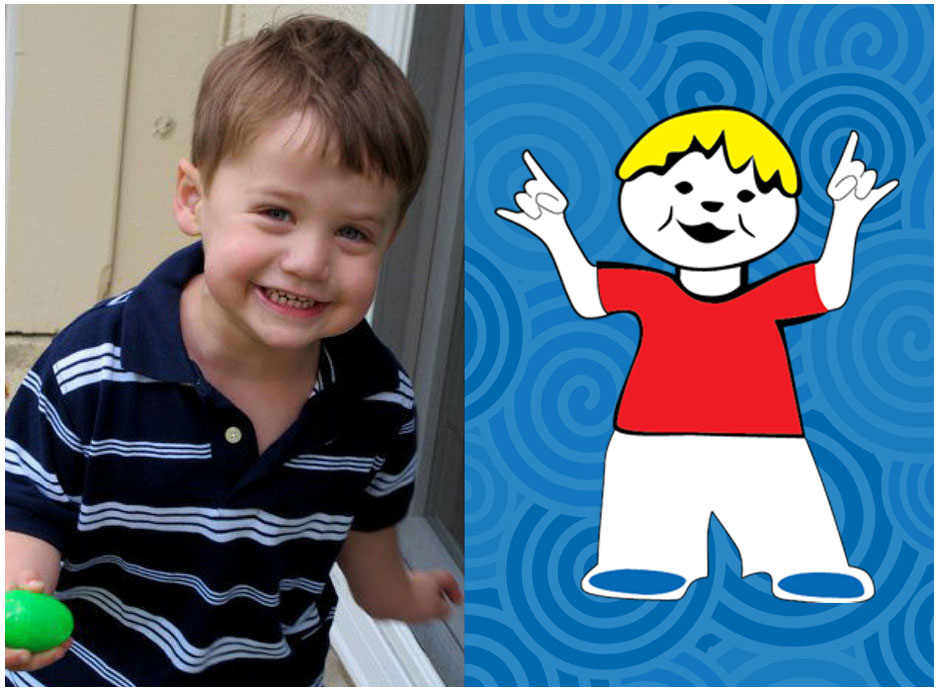 Who is Rock Boy?

Rock Boy—he’s the mascot of We Rock the Spectrum Kid’s Gym who’s come to symbolize fun and full-inclusion to families all over the world. He adorns every We Rock the Spectrum signage from the storefronts to the walls of our gyms. For kids, his bright red t-shirt, welcoming smile, and rockin’ hands means “It’s playtime!” Rock Boy is every child. But the idea for Rock Boy goes back to one child in particular, back when We Rock the Spectrum was just one gym in Southern California that one loving, warrior mother built for her son.

People often wonder why the name of our gym is “We Rock the Spectrum Kid’s Gym,” with a singular Kid instead of plural. That’s because We Rock the Spectrum was never meant to be the worldwide phenomenon that it’s become today. Back when We Rock the Spectrum first opened in September of 2010, it was solely meant for Gabriel to have a safe space to play and be himself without Dina having to apologize. But interest in the gym grew substantially and Dina realized that there were families out there just like her’s that needed this void filled. Because the need for an inclusive space was so apparent, Dina knew she had to open up more gyms and thus, a franchise was born. 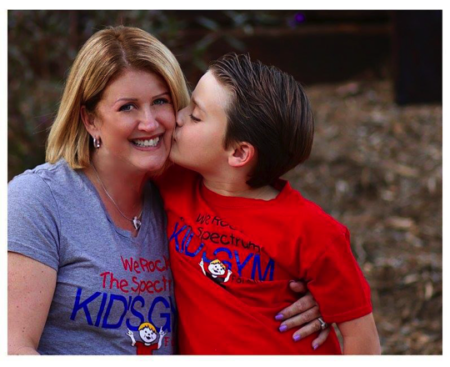 Gabriel was diagnosed with Autism at 2 and a half years old. Before the idea of a indoor play gym even occurred in their minds, Dina and her husband Tim looked at each other and said, “What are we going to do?”

Dina’s husband Tim Kimmel works as a sound supervisor for television and movies. Among his most notable works is as the Supervising Sound Editor on the television series Game of Thrones. The two met in the early 2000s at a concert through a mutual friend. Tim was in a rock band at the time and the two quickly bonded over their love for all genres of music. (Fun story: the band that they saw that fateful day ended up playing at their wedding!) Naturally, for the Kimmels, music was a fundamental part of their lives. So together, when the couple was faced with a diagnosis of Autism for their son, in true Kimmel fashion, Dina and Tim said “We’re going to rock the spectrum!” 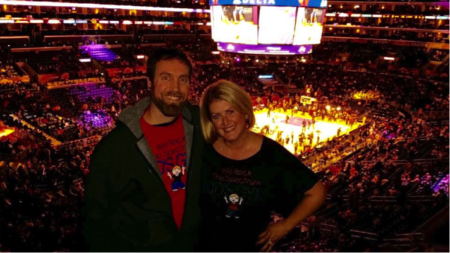 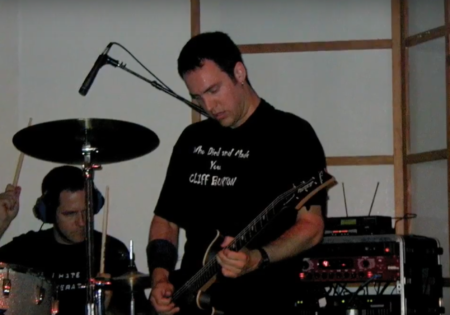 Tim Kimmel in his rocker days.

Growing up, the Kimmel children, Gabriel and Sophia had music all around them in the house. Both of them love to sing, dance, and play instruments. For Gabriel who’s on the Spectrum, playing piano helps him tune his fine motor skills and singing and rhythm helps with his stutter.

“When Gabriel engages in music — whether it’s dancing, singing, playing the piano or the clarinet, whatever it may be — his spirit and effervescence shines through so beautifully,” says Dina.
As music constantly filled their lives as children, the image of Rock Boy itself is based on a photo of Gabriel doing the iconic Rock Hands symbol. That photo would later encapsulate everything that We Rock the Spectrum would come to stand for — a child, on the spectrum or otherwise, just having fun. 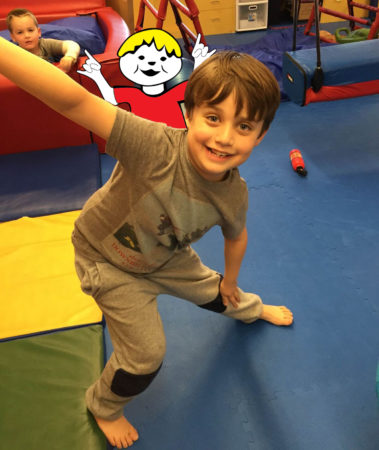 “That’s how I want every kid to feel when they come into We Rock the Spectrum,” says Dina Kimmel, “like rock stars. Autism doesn’t mean a thing to them. They’re just kids who want to have fun and that’s what we’re all about.”

When Rock Boy was imagined, it was based on Gabriel rockin’ out and being a kid. Today, in capturing that spirit of unabashed freedom and playfulness, the Rock Boy logo has ignited a global movement of inclusiveness that has empowered kids all over the world to let loose and find their inner rock star.